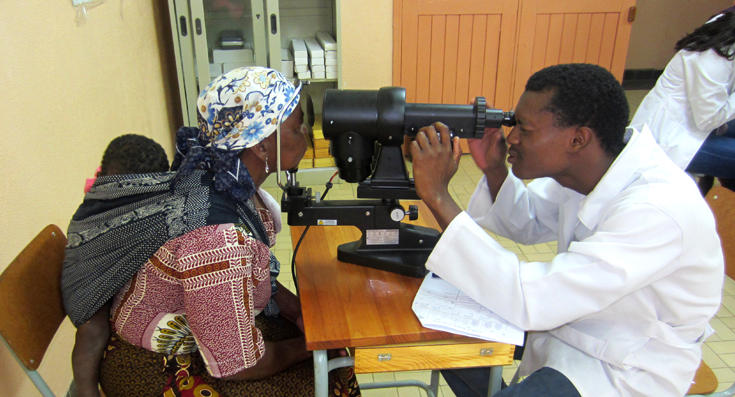 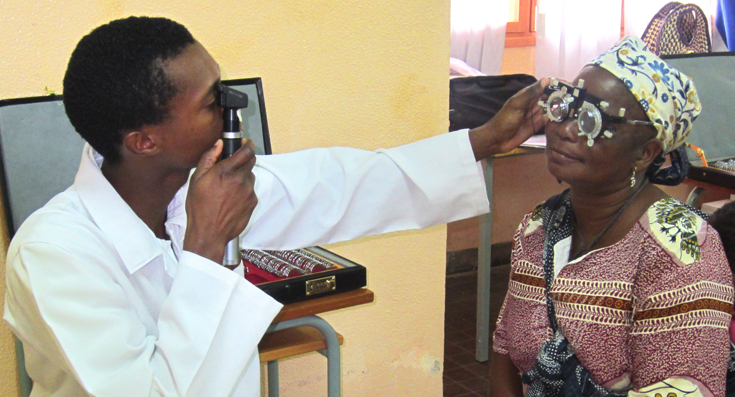 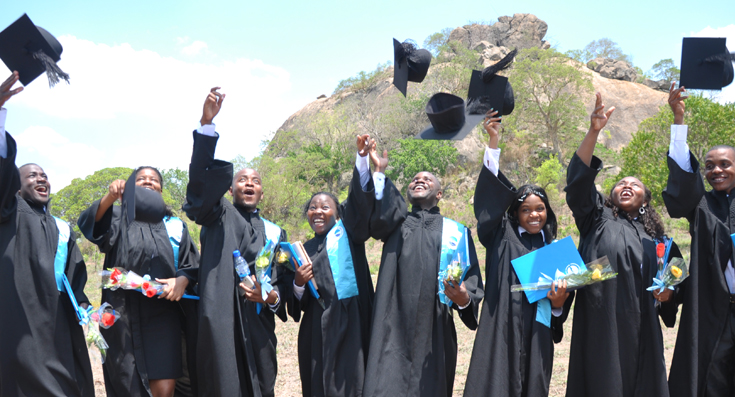 Joel de Melo Bambamba, who graduated top of his class from Universidade Lúrio in Mozambique as one of the first optometrists in the country, is the eldest of five brothers.

He decided to study optometry because his grandfather was blind and one of his younger brothers had serious vision impairment. Growing up, his family experienced very limited access to eye care services so life was not always easy.

Although Joel described the optometry course as challenging, he finished very well in 2012 and was awarded the Jill and George Mertz Fellowship by the American Optometric Foundation. This meant Joel joined a ten-month fellowship in 2013 at the InterAmerican University of Puerto Rico.

The Fellowship aimed to develop optometric educators and allowed recipients to further their optometric education in a tailored faculty development program in academic institutions around the world. Joel benefitted by further developing clinical and didactic teaching skills while gaining knowledge of different optometry programs.

“I had such an amazing time in Puerto Rico,” said Joel after he returned to Mozambique. “That was probably the highlight of my life,” he laughed happily. “I learned so much there and I was officially recognised as a Jill and George Mertz Fellow by the InterAmerican University during their graduation, which was a wonderful experience for me,” said Joel.

According to Bambamba another highlight of his time in Puerto Rico was attending the American Academy Meeting in Seattle where he described enjoying the opportunity to meet optometry professionals from around the world.

“I learnt many things from excellent clinicians and teachers. They provided me with valuable knowledge which allowed me to improve my skills as an optometrist and also my global view of optometry as a profession,” he said.

Although Bambamba described finding it challenging on occasions to adapt culturally to Puerto Rico, he believes that his cross-Atlantic experience was one of the best things that ever happened to him. “I must say it has changed my views of optometry. I have such ambitious goals from the experience,” he said.

“I would like to express my personal gratitude to all the American Optometric Foundation and InterAmerican University of Puerto Rico. Thank you for the way you took care of me and for the amazing opportunity to join you. I am grateful also to the Brien Holden Vision Institute for supporting me and making the Fellowship possible,” he concluded.

Joel recently completed his Masters and in 2016 he was appointed as the Head of Department of the Optometry School, making him not only one of the first Mozambican optometrists but also the first to become qualified to lecture and work as part of the university faculty – enabling him to teach the student optometrists currently enrolled. An amazing achievement for both Joel and future of optometry and eye care in Mozambique.

“I am very happy to have progressed so well,” he said humbly. “And also to have reached a dream of mine, and of my parents – to be able to help people with eye problems just like my family experienced.”

The School of Optometry at Universidade Lurio in Mozambique was created in 2009 to address the severe lack of human resources in the country. The stream of graduates from the school signifies that optometry services are increasing in access steadily. Funded by Optometry Giving Sight, the Brien Holden Vision Institute and the Dublin Institute of Technology, the Mozambique Eyecare Project has now moved into its second phase, supporting the Ministry of Health to deliver eye care services in the public sector.